An Introduction to James Arminius

If… orthodoxy is religion—and with how many it is so—then indeed is the devil most religious.

Ah, that terrible religion of the devil—what is it? Orthodoxy without brotherliness, and religion without love.

Jacobus Arminius was one who would feel the fires of the zealots for orthodoxy. Certainly the church has often faced the perplexing dilemma of how heretics and dissidents should be handled. If there is no confessional unity, the content of the Gospel will soon be diluted beyond recognition. But how should the institutional church respond? Philip Melanchthon had labored years earlier to reconcile differences, first between Lutherans and Catholics, and then among various parties of the Protestants. His famous distinction between the essentials of the faith on which there could be no dissent and the adiaphora (nonessentials), on which individual opinions might be allowed, is still with us. Arminius espoused many of the positions Melanchthon had held. Repeatedly he plead and worked for toleration. But even Arminius recognized there was a limit, and on several occasions he dealt with dissidents (mostly by exhorting them) in the name of the local church government. To many people, Arminius’ major tenet was toleration for differences in the church.

James L. Adams has declared, “The essence of Arminianism is not easy to define, for it has entered into a variety of alliances. In general, it has promoted ‘a free and catholic spirit’ that has cherished practical morality as a sign of the Christian way.”2

This opinion is entirely inadequate. Arminius’ doctrinal concerns really occupied the center of the stage in the drama of his life. Dr. H. Orton Wiley has commented, “The idea of toleration has been associated with Arminianism too much.”3

Arminius was a minister and theological professor in the Dutch Reformed Church from 1588 to 1609. In some ways, one would have expected him to have a very normal life and ministry. He was well trained and performed professional duties with wholehearted sincerity. “Tranquility, however, was not his lot in life, nor obscurity his lot in death.”4

Arminius lived one generation after the great Reformation under Luther. John Calvin had exercised his ministry, and his influence had been felt throughout Europe. Calvin’s successor, Theodore Beza, was promulgating his supralapsarian theology, “out-Calvining Calvin,” as one professor puts it.5 There were whispers of concern and discontent. Arminius studied under Beza and received an excellent recommendation from him to the Amsterdam leaders whom Arminius was to serve. But Arminius did not ride the tide. Dissent had surfaced before, but as George Park Fisher observes, “Previous opposition was of little account, compared with the great Arminian revolt. Arminianism was an uprising against the Calvinistic doctrine, of signal importance in the history of the Reformed Theology.”6

Arminius was “the founder of a new system of theology.” But this expression must be explained.

Carl Bangs observes, “One nineteenth-century writer saw him as the greatest of the church’s three great theologians. Athanasius understood God, he said; Augustine understood man; Arminius understood the relationship between God and man.”8  Of course, not everyone agrees. “An English Calvinist who knew how to make it hurt put it succinctly: Arminianism is the religion of common sense; Calvinism is the religion of St. Paul.”9 One wonders if the Englishman did not see that the dagger he threw could boomerang.

Arminius has been accused of deceptively teaching errors in private and covering up with his public addresses and his writings. Carl Bangs has meticulously investigated the charges often pressed against Arminius, and he systematically exposes the falsity of the invectives. F. Stuart Clark candidly announces, “This subject can be discussed only on the assumption that Arminius was a normally honest man and a Christian theologian who had a proper sense of his responsibility to tell the truth as he saw it.”10

Jacobus Arminius did not rise out of a social and theological vacuum. He shared in the rich heritage of Holland. The Dutch had a deep appreciation for freedom. They had won their independence from Spain not long before this, and they had no desire to allow a new tyranny. When the dissenters fled from England, where did they go but to Holland?

Professor Hoenderdaal remarks, “In Holland there was developing a specifically Dutch Reformation, the character of which eventually proved to be more intimately connected with Melanchthon and Bullinger than with Luther and Calvin.”11  Bangs indicates that Melanchthon was “a favorite theologian among the Dutch”12 and calls him “the guiding spirit in the founding of the university [at Marburg].”13

H.C. Rogge claims there were two main issues under debate in the Dutch Church: “the relationship of church and state and the relationship between God’s foreordination and man’s free will.”14 Anastius Veluanus in his Layman’s Guide, published by Melanchthon in 1555, had denied Calvin’s distinction between God’s secret will and His revealed will15 and asserted that God wills to save all who obediently respond.16

Caspar Coolhaes, “the forerunner of Arminius,”17 took up the theme, with his stress on “internal Disposition” in salvation and his desire that magistrates have “a voice in the election of deacons and elders.”

Dirck Coornhert, the Dutch Humanist,18 had warned that if the ministers were given too much power “a new papacy of the presbytery” would develop.19 Gerard Brandt, the seventeenth-century historian who entertained Remonstrant sentiments, describes the polarization that was taking place.

These different views of the old rulers of the country and of the churchmen [clergy] in time led to different outworkings, the churchmen aiming for decisions and definitions, and the magistrates aiming for accomodation and reasonable toleration in such disputes. The former wanted to make the church narrow by decisions about many disputable points; the latter sought to open the church as wide as possible to all Christians of unblameable lives.20

Interestingly, the merchant laity also had an economic prospect in mind—free trade! In Amsterdam there was high regard for freedom. As Fisher correctly observes, “There were symptoms of dissent from the Calvinistic tenet before James Arminius raised the standard against it.”21

Peter Bertius, who gave the funeral oration over Arminius, recalled that

our churches formerly enjoyed the privilege (which is continued to this day in many places) of being always permitted to embrace any one of the several sentiments that have been published on this controversy [viz. predestination], which has never yet been decided by the judgment of any ancient Synod or Council.22

Arminius was not an innovator who attempted to undermine the official Dutch Reformed doctrine of predestination. He was a Dutch Reformed pastor and professor who interpreted the Belgic Confession and the Heidelberg Catechism in the tradition of many of the earliest indigenous Reformed leaders of the Dutch Church. The kind of Dutch Reformed orthodoxy which explicitly condemns ‘Arminianism’ was not adopted until the Synod of Dort, which was ten years after Arminius’ death. Thus there is a real sense in which the high Calvinists introduced something which had not been essential to the earliest Dutch Reformed Church. Arminius was the latter-day spokesman for the first reformers of Amsterdam (1566-1567) and of many other towns, but the first reformers were now gone.23 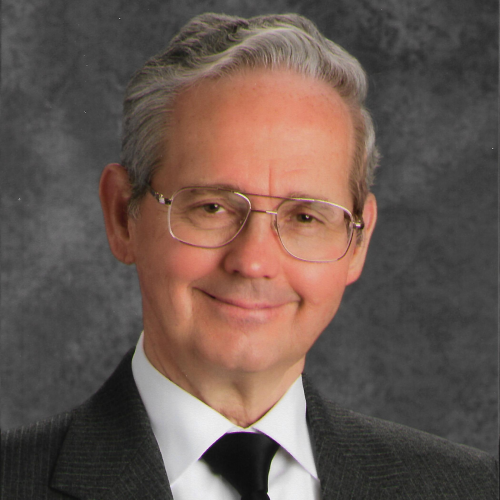